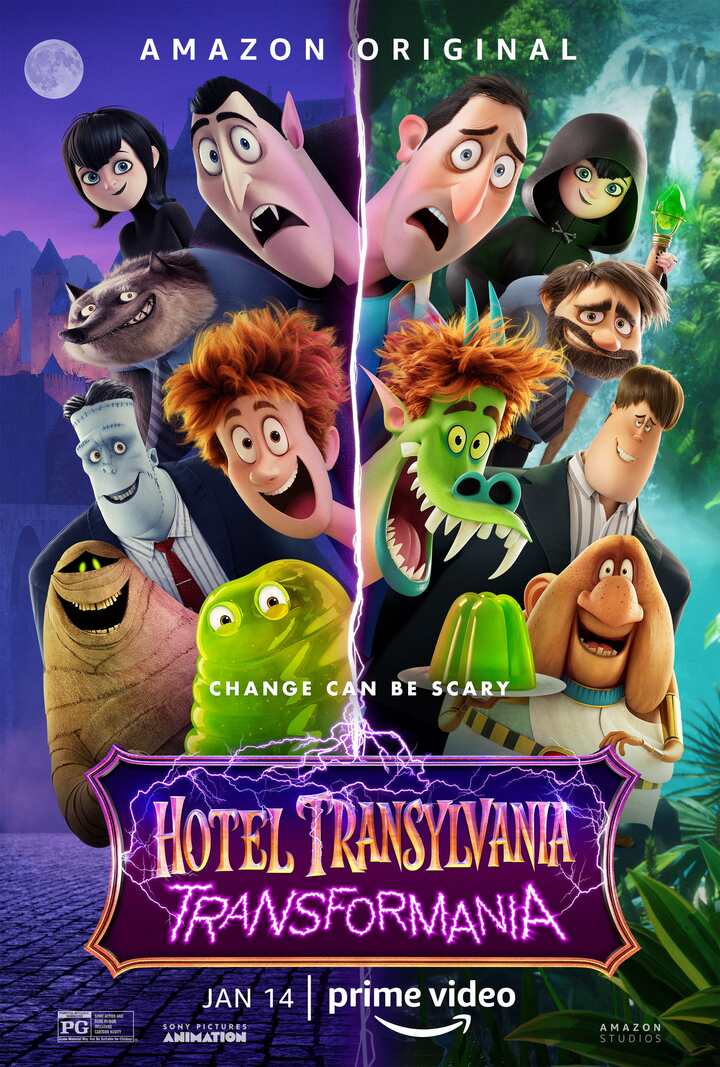 Some action and rude humor including cartoon nudity

As Dracula plans to retire and gift his beloved Hotel Transylvania to his daughter Mavis, he changes his mind at the last minute -worried that Johnny will ruin what he has built. Disappointed that Dracula still doesn’t embrace Johnny as a member of his family, Johnny seeks help from Van Helsing and successfully turns himself into a monster. In the wake of transforming himself, however, Johnny changes Dracula and his band of monster side-kicks –Blobby, Frankenstein, Mummy, Wayne, and the Invisible Man – into humans. Dracula and Johnny set out together to find a secret crystal that will help turn them back accordingly, while learning to rely on and appreciate each other along the way. Written and directed by Genndy Tartakovsky, this film brings all of the beloved Hotel Transylvania characters together for a funny, heartfelt journey with a positive message for the whole family.